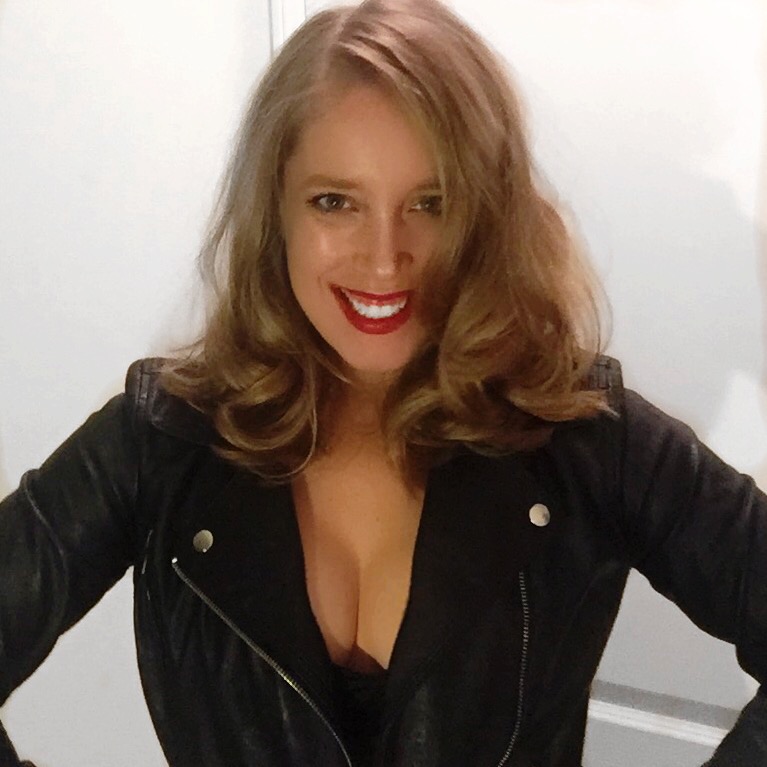 Getting a haircut before a big event is always risky, but I decided this year to tempt fate.

It was four days before my birthday and I needed a trim. This would seem like an inconsequential haircut to many but is known to long-haired girls everywhere as a white-knuckled adventure because, as I’ve come to confirm, when some hairdressers hear the word trim what they’re really envisioning is a chance to sculpt their masterpiece.

Twenty-nine years worth of carefully supervised trims, where I didn’t let my vigilance in the barber’s chair slip for a second, came crashing down last week in mere seconds with that first fateful snip of the scissors.

I’m not saying I didn’t ask the hairdresser to take some length off with this trim.

I did. I asked for a slight amount of length to be taken off before heading into my birthday weekend.

For most of your twenties, when you feel like you’re getting old, you’re actually quite young. Saying, “I feel old,” at 26 is laughable and older people do this to you when you say things like that out loud at that age.

But at some point toward the twilight of your twenties when you start saying, “Gee, I’m getting old,” the laughs stop. I have noticed that at 29 when you tell people you’re old they tend to say, “Well, not quite, but you’re getting there.”

Which is quite different from just laughing at you. It has the effect of making the whole situation scarier. It’s not overblown hysteria on my part anymore — I really am “getting there.”

Confirming my suspicions is the increased pressure from people who have previously been so calm about the matter of settling down. My mom used to tell me to take my time with the whole marriage and children thing.

Now she’s done the math and realized that if I don’t have children tomorrow she’ll be the old granny in the wheelchair at the school Christmas concerts. Actually, she told me she probably wouldn’t live long enough to make it to Christmas concerts. But that’s melodramatic, I have faith she can at least stick around long enough to claim the wheelchair spot up front for us.

Privately I do wonder if it’s time to think about putting away some eggs. Those things go stale if unused.

Just having that thought now puts me in a new category of woman — the one who can hear that faint tick, tock of the biological clock in the distance. As if I wasn’t desperate enough already to find love.

But instead of getting depressed at now being officially on my way to “getting there,” this year I decided to reflect.

I’ve often noticed that the late twenties and early thirties seem to be the time when women begin to mellow.

Then there comes a point when all of that stops. I don’t know any moms who send 10,000 texts to ex-lovers or ride mechanical bulls. At some point, they all quiet down.

Until now I haven’t known how or why this happens, only that women in the late twenties to early thirties range are somehow calmer. I believe somehow in your twenties you earn your stripes and get inducted into the ranks of true womanhood where you have too many other more interesting things to do than tell that ex-lover he’s wrong (even though he is), harangue someone on how they should reform, or even, sadly, ride mechanical bulls.

It probably has something to do with confidence and probably has something to do with experience. Women are usually happy to try to encourage the best in everyone and will gladly try to help you get there. But at some point they know they’ve got better things to do than be foolish. Especially if foolishness is cutting into limited time that, come to think of it, would be better spent on the occasional whiskey-fuelled mechanical bull ride.

Big distinction there between the late twenties or early thirties crowd and the little bitties.

I also suspect women who’ve earned their stripes know how to have more fun. Certainly this can be said of me. After a decade of trying, failing, trying again, failing again — I am really excited to keep doing all of those things but with a few more hearty laughs, champagne cocktails, twinkle lights and inside jokes mixed in.

When you start thinking about how your parents really might not live long enough to make it to the Christmas concerts it becomes slightly more important to make sure you really suck the marrow out of every stage of life.

Which is what lead me to ask for just a little bit more hair off than usual. A trim, yes. I would still classify what I asked for as a trim. A trim plus, you could say.

Having always had hair down to my elbows, asking for just a little bit more off was a big deal.

Not a lot off, I cautioned the hairdresser. Just a trim. But a bigger trim than usual.

I was going for the changed, mature, independent, happy vibe. Something to reflect on the outside what I feel on the inside.

I was feeling new, but not that new, just sort of new.

Instead I got I got my life’s work chopped in half and swept off the floor. I didn’t get sort of new. I got definitely new. The fresh start I didn’t ask for.

I’m sure you’re wondering what this independent, happy, relaxed, confident, stripe-earning woman did when I walked out of that salon with the haircut of my nightmares.

The answer, of course, is that I did what any mature woman in my situation would.

I cried a little bit.

And then I called my mom.